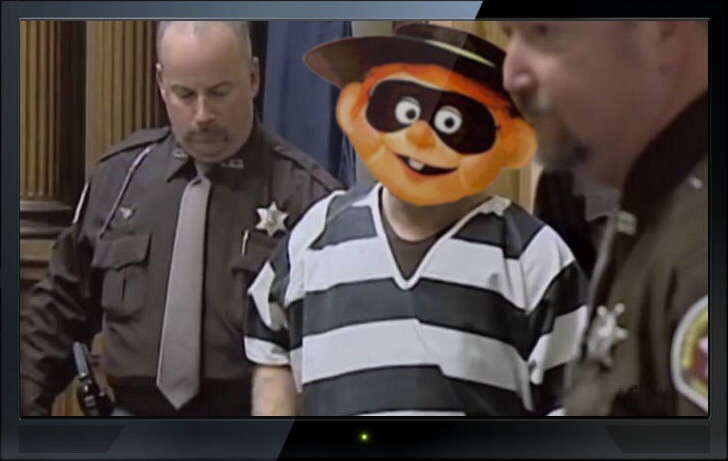 During the first week of February I came home from picking the girls up from around 3:30.  The garage was open when we got home and I thought that was odd. I thought it odd-because there was a car that wasn’t from our neighborhood sitting in the cul-de-sac so I had specifically watched it closed. I dismissed because I thought I just didn’t watch long enough, etc.  After all, I’d come home earlier and the week and it had been opened when I gotten home when I knew I had closed it….

It took hours for me to realize we got broken into-in fact it took a whole night.  When we got home I couldn’t find my mac or our ipad.  I was pretty sure I knew where the ipad was-but I was 100% sure I new where my macbook was.  I had left it on the 3rd floor! I also noticed my camera wasn’t where I thought it was where it usually was. But I have 3 children with sticky fingers (esp when it comes to electronics), I was exhausted and just figured I was mistaken about all of it. And, I wanted it not to be true because how terrifying, what a paperwork mess, and I have an unhealthy relationship and a lens-that was irreplaceable. I called K, still at work, and told him I was hoping I was just insanely tired but I couldn’t find my laptop.  I asked him to help me look for it when he got home.

K got home late from work and so could only look for a few minutes and we didn’t find it.  The other thing is-our tv was left untouched and other valuables that were next to the things that were missing were still there.  I still didn’t think it had happened-and I also wanted to ignore even the thought until I was awake enough to process it all.

I awoke with a start the next morning b/c I remembered we had an old macbook that we used as a desktop and so it was fixed in place and if were gone-then it would confirm that what we feared. And so it was.

The first thought was fear and betrayal.  Having kids and knowing that a criminal had gotten through the protection of your home-terrifying and made me realize clearly we had not been safe in our home.  I know enough (or at least I did when a prosecutor) that in burglary’s people most often get home when they return and surprise the thieves.

In addition to that-I worried that none of the things that had been taken would be covered because we didn’t have riders within our homeowners policy. And funny how times change-but I learned that this family cannot run without a computer. Kids have homework to do, I have calendars to keep and emails to read.  What did we do before computers? Luckily, most things were covered-but we did have to live without them for weeks. And omgoodness the paperwork. Luckily, I am the anal retentive person who had every serial number, original boxes, etc. Although, even with those things, the insurance person wanted receipts/pictures to show proof of ownership.  It all worked out-just unsettling to say the least and we were not fully compensated for the items that were taken.

I have more to write-but I also have a 4 year old trying to climb into the refrigerator.

p.s. The children have no idea-well, I think kids always have some idea something stressful happened-but they do not know so please don’t ask them about it. You probably wouldn’t anyway-but I can’t promise that’d be something that wouldn’t make it through me filter.